RUSH: Willie Brown, the former speaker of the California assembly, the former mayor of San Francisco has urged Kamala Harris not to accept Biden's offer of the vice presidency. He has told her that it's a ticket to invisibility. He said, "Just ask Mike Pence about invisibility as the vice president." I'm a little curious about this because whoever Biden's vice presidential pick is is not gonna be invisible. Whoever he picks is going to be correctly presumed to be president not very long after Biden wins, if he does, which, by the way, I don't expect. Really, folks I'm not expecting -- in fact, I'm getting more confident as the days go by here. 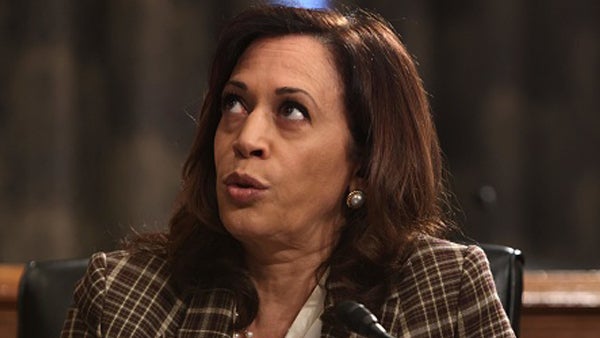 You know, in the Hill-Harris poll out there, Trump is only three points behind now. Really making up ground. This always is the case. As you get closer to the election and the conventions, the polling data always tightens up, which is why I keep telling people, ignore these polls from January all the way through July. They don't mean anything. Nobody remembers them. Their value may be as fundraising and shaping opinion, but it certainly doesn't matter. People's opinions on who they're gonna vote for, in many cases are not firmed up in July, when the election is in November.

But, you know, the news cycle is improving. Biden's failing at a geometric right. Contrary to what the media is attempting to make you think of Biden as a campaigner, as the Biden campaign as an entity, it is failing geometrically. The sound bites that come from Biden's appearances are increasingly indecipherable.

RUSH: The Willie Brown story. Yeah, I didn't finish that. I got close. But I got distracted by something else. So Willie Brown is encouraging Kamala Harris not to take the VP gig because it leads to invisibility, and he said, "Just ask Mike Pence about that. " Well, Mike Pence is not exactly invisible. He's running the Coronavirus Task Force. But that notwithstanding, whoever Biden picks as his VP is not gonna become invisible.

Whoever he picks is going to be presumed to be president pretty soon because everybody thinks that Biden isn't gonna serve much more than a week (maybe less than that) if he gets elected. So whoever the veep is, is gonna be president, theoretically. Now, you know my theory. My theory is that it's somebody else that's gonna be president, like Chris Dodd. Somebody that's helping Biden manage his campaign right now. Somebody that's going to have the power behind the throne.

I don't think it's gonna be the VP. I think the VP is gonna be told, "Don't think -- even if you become president -- that you're running this show. You're gonna be a figurehead just like Biden is." That's part of the deal. But that's not Willie Brown's thinking. Willie Brown is thinking that it's a dead-end gig and that she trying to be going for attorney general, that there's far more power being attorney general.

There's a far, far greater opportunity to impact American policy and the way the Department of Justice deals with crime and social justice. And he may have a point. From his column: "If Joe Biden offers the vice presidential slot ... my advice to her would be to politely decline. Harris is a tested and proven campaigner who will work her backside..." And, by the way, if anybody knows her backside, it's Willie Brown.

I mean in the biblical, intimate sense. He knows her backside. They've both acknowledged that she knows his, even though his backside is not as big as hers was. But -- but... (interruption) Well, I got distracted. The point is, he says, that "will work her backside off to get Biden elected. That said, the vice presidency is not the job she should go for -- asking to be considered as attorney general in a Biden administration would be more like it.

"Being picked for the vice presidency is obviously a huge honor, and if Biden wins, Harris would make history by being the first woman to hold the job. But the glory would be short-lived, and historically, the vice presidency has often ended up being a dead end." Did you see the Maureen Dowd column yesterday? Man, oh, man. I tell you, what an embarrassment. 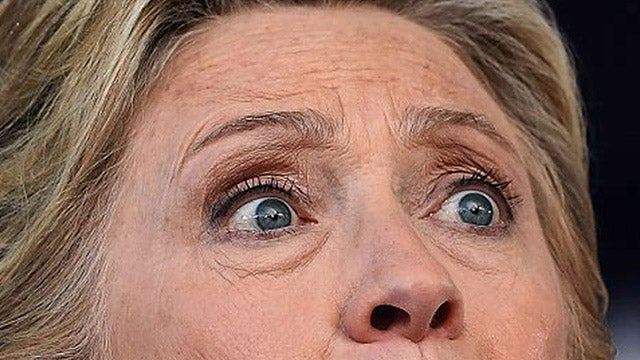 And it proves that there's nobody working at the New York Times who has an understanding of American history beyond three years of Trump's presidency. She wrote that if Biden picks a woman, it'll be the first time that a man and a woman have been on the ticket for the Democrat Party in 36 years. Hillary Clinton was outraged and accused Maureen Dowd of eating marijuana brownies in too great a quantity.

Because it was only three years ago that Hillary had a male vice presidential nominee, nicknamed The Eye. His name is Tim Kaine. Dowd had forgotten it and the editors -- the fact-checkers -- at the New York Times missed it. They had to run a little correction about it. Do you understand why Hillary would be livid approximate that?

It wasn't that many years ago she was the nominee and she had a guy as a running mate, and it made no impact (chuckling) on anybody. Maureen Dowd thinks that it'd the first time in 36 years that a woman may be named to serve with a man on the ticket. That's Geraldine Ferrero, by the way, in 1984 with Walter F. Mondale.